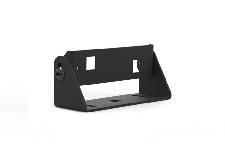 Posted by Administrator on 10/9/2013 to LED Technologies

LED lights are also classified as Generation I, II and III lights. The size and power requirements of LEDs have changed as LED technology evolved, and the generation nomenclature indicates this.

Gen I LED lights are 5 millimeter diodes that operate on 20 mA. These lights were somewhat of a disappointment to emergency responders when they first appeared. The small size, high efficiency and low power consumption were positive traits, but the lights simply weren't bright enough.

Gen II LED lights typically operate on 80 mA of power. These were the first LEDs to be called high power LEDs. Although they are no longer the top of the line in output, Gen II LEDs are very bright. Cost certainly has its place when considering emergency equipment purchases, and Gen II LEDs are bright enough that the relative low cost, when compared to Gen III LEDs, may make them the best choice for volunteers or cash-strapped departments.

Gen III LED lights typically operate on 350 mA to 1 A. A 1W LED is the same thing as a 1 A Gen III LED. Gen III LEDs are more expensive than Gen I or Gen II LEDs, but they operate at higher energy levels, are much brighter and can operate for longer periods of time. Emergency flashers must often be left on for extended periods when emergency responders are working accident scenes.

LEDs are also available with a “TIR” designation. TIR LEDs are Gen III LEDs with the addition of a Total Internal Reflection lens to focus the light in a forward direction. They are sometimes called TIR 3 LEDs or Gen IV LEDs. The light output from a TIR LED is brighter in the forward direction but dimmer in lateral directions. Cree is the largest producer of Gen IV LEDs, and many people call them Cree lights.

LEDs are now available in Gen V models. These powerful lights operate on 3W, 5W, or even 10W circuits. They are so tremendously bright that they are mainly used only for spotlight and floodlight applications. Gen V LED lights are capable of producing up to 128 lumens per watt of power.

The right light for a particular application hinges on a variety of factors, but LED lights of one generation or another are almost always the best choice. LEDs dominate the emergency lighting market, and with good reason:

On the negative side, LED lights are expensive. Initial outlay for LEDs is significantly higher than all other emergency lighting options. This cost should be viewed over the entire life cycle of the light, factoring in maintenance and replacement costs for quartz-halogen or strobe tube technologies, to provide an accurate cost analysis. It should also be noted that the most advanced – and most expensive – LED technologies are not always the best lights for a particular application. Gen III lights are sufficient for many needs and are still superior to strobe tubes when budgetary constraints limit purchasing options.

In some locations, the efficiency of LEDs can also be a problem. They are highly efficient because they convert nearly all of their input power to light and produce very little heat. In cold climates Gen III, this can be an issue. A buildup of frost or snow on external LED fixtures can potentially block their illumination, and the lights themselves do not produce enough heat to melt the snow or ice away. It is strongly recommended that if you are in a cold weather zone, (snow & ice) you should look for a Gen IV or Gen V LEDs, these do produce enough heat to melt the snow and ice away from the lights

Feniex & Federal Signal are now using over Gen IV LEDs for all there warning lights.  Whelen, Code3 and Soundoff Signal are still a bit behind in the market place.